Faculty of Arts, The University of Melbourne

A year ago I co-convened the international conference, Feasting on Hannibal, with my colleagues, Dr. Jessica Balanzategui and Dr. Naja Later, and since I didn’t have this site set-up back then I thought I’d do a retrospective post about the event. 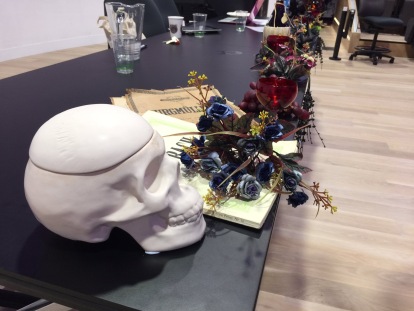 Supported by the School of Culture and Communication and the Faculty of Arts at The University of Melbourne, Feasting on Hannibal An Interdisciplinary Conference brought together scholars from across the globe to understand the significance of the television series, Hannibal (Bryan Fuller, 2013-2015), and consider its impact on the Hannibal Lecter franchise.

This delectable conference brought together scholars and artists from diverse disciplinary backgrounds to consider Hannibal Lecter’s persistent cultural significance as a figure of cultivated monstrosity. Inspired by the recent re-emergence of Hannibal and his surrounding mythology in television, this conference explores how Hannibal Lecter continues to redefine notions of the monstrous. This conference aimed to facilitate an understanding of how the continually evolving, mutating, and adapting figure of Hannibal Lecter speaks so pertinently to our own culture.

Thanks to the School of Culture and Communication at The University of Melbourne for supporting this conference with an engagement grant.

See the Feasting on Hannibal  website for more details about the event.

We also had a very active live commentary of the event happening at #Hannifeast on Twitter.

Showrunner Bryan Fuller’s Hannibal (NBC, 2013–2015) tells the story of psychiatrist Hannibal Lecter’s cannibalistic exploits and his involvement with Will Graham, an FBI investigator with a so-called “empathy disorder” that enables him to profile serial killers. At its heart, empathy involves feeling into another person’s subjectivity in order to foster an experiential understanding of their emotional and mental state. As artworks and narratives also produce empathic responses, this research uses Hannibal as a case study to critically examine the elicitation of empathy through character engagement and screen aesthetics.

In the TV series, Graham’s capacity for empathy is attributed to “too many mirror neurons.” Mirror neurons have been referred to as the biological underpinning of empathy because they provide embodied knowledge of other people’s actions and objectives. Drawing on neurophenomenological research, I consider how aesthetic choices frame the experiences of television characters and engender forms of intersubjectivity based on affective and cognitive routes to empathy. In doing so, I investigate the capacity of screen media to facilitate what Vittorio Gallese, the scientist credited with the discovery of mirror neurons, terms intercorporeality. Intercorporeality is a constitutive aspect of intersubjectivity that functions through embodied simulation and is central to social understanding. While televisual characterisation affords empathic insight and perceptual attunement, Hannibal also introduces cannibalism as a dark metaphor for the impulse to incorporate another into oneself. 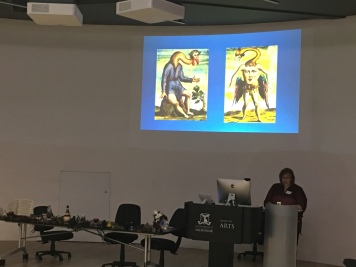 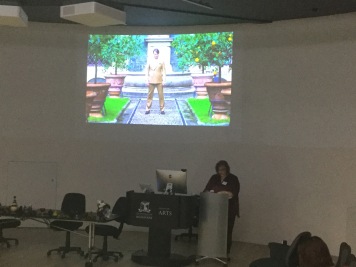 This paper analyses Hannibal the television series (NBC 2013-15) and Hannibal the character as expressions of the baroque. Hannibal, it will be argued, is baroque in the way it deliberately references baroque themes and conventions – the wunderkammer, the Dutch still-life and vanitas painting tradition, and the concept of the baroque theatre of the world. Crucial to this is the Aristotelian concept of κενoφoβία or horror vacui — the fear of the void or empty spaces — which is especially common to the baroque. Hannibal’s horror vacui stems from a childhood trauma relating to his sister Mischa. It will be argued that Hannibal fills his void – created by his act of sister-cannibalism – with bizarre and monstrous spectacles that he repeats and refines, making an extreme sensory theatre out of his psychotic, internal truths and forcing these truths to perform in the reality of the world he inhabits.

Our Call for Papers requested presentations that pushed the boundaries of previous conceptualisations of the Hannibal series, while reflecting on how the television show has reframed the culture surrounding Hannibal. We welcomed papers looked to the future of the franchise as a continually developing and mutating mythology, and which considered Hannibal across any of his multiple incarnations, but especially in terms of how the Hannibal mythology has been reformulated and extended with Bryan Fuller’s television series.

In addition to co-convening this conference, Jess, Naja, and I participated in a joint-panel where we presented our work in progress on the forthcoming publication, titled “Hannibal Lecter’s Monstrous Return: The Horror of Seriality in Bryan Fuller’s Hannibal“. This panel was an experimentation of sorts, in which we presented three “Variations” on the topic. This project is due for publication in the forthcoming edited collection, title Becoming: Essays on NBC’s Hannibal, edited by Kavita Mudan Finn & Elizabeth J. Nielsen.

We were also very fortunate to have Associate Professor Jane Stadler facilitate a masterclass for postgraduates and early career researcher the day before the conference. Thank you to the Faculty of Arts for supporting this masterclass with a financial grant.

One thought on “Feasting on Hannibal: An Interdisciplinary Conference”